One of the reasons Mewis decided to come to England was the historic club rivalries which do not exist stateside.“Getting to experience the Man Utd rivalry is going to be awesome,” she said.“I’m really excited to experience that part of being here, the rivalries are historic and I look forward to those games.“All the opponents are top competitors so any game is a great opportunity to learn and grow as a player. I’m excited to experience all the opportunities I am getting here.” Mewis described playing for Man City Women as an honour and revealed she does watch De Bruyne to help mould her own game.“I have seen him around a couple of times, but not properly met him, no. I am a fan, who isn’t?,” she told the Women’s Football Show.“He is an incredible player and I would try to model my play on him anytime. It’s been a great honour to be here so far.” – Advertisement – Manchester City Women’s Sam Mewis says she tries to model her game on Kevin De Bruyne.The USA midfielder joined Manchester City this summer as one of a number of high-profile arrivals in the Women’s Super League.- Advertisement – 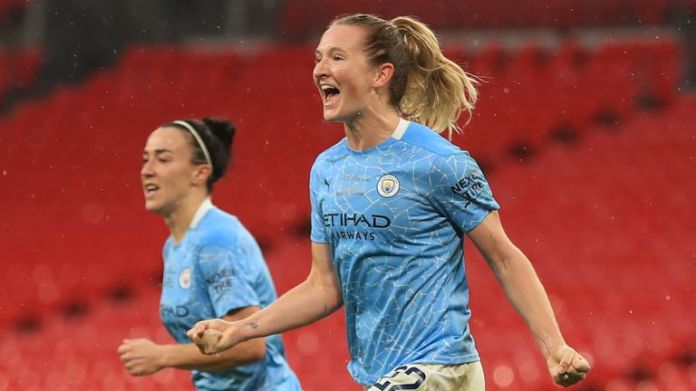 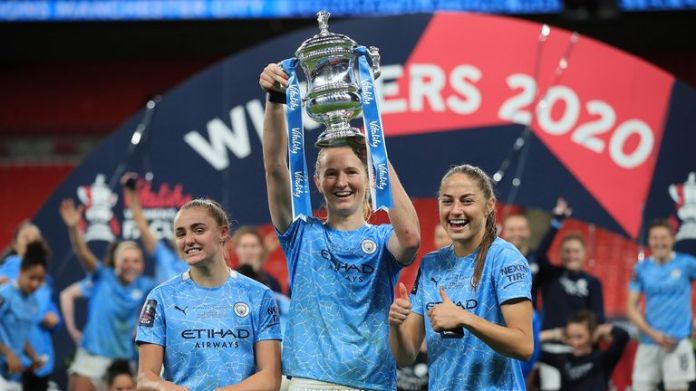 Manchester City’s Sam Mewis says it was an honour to lift the FA Cup trophy following the victory against Everton at Wembley 0:32 She became just the third American to score a goal in an FA Cup final, following Carli Lloyd and Christian Pulisic, as Gareth Taylor’s squad beat Everton in extra-time at Wembley last weekend.“I’m very fortunate, I keep [the women’s FA Cup winners’ medal] right by my bedside table. It was such an honour to play in a final and win with my team-mates. I feel lucky and fortunate.“It was super exciting, a great ball in from Alex and something we had been working on all week.”Mewis relishing historic Manchester derby 0:32 Manchester City’s Sam Mewis says she’s excited about the rivalry with Manchester United and is looking forward to the Manchester derbies